Most Expensive Prescription Drugs in the USA

Soliris (eculizumab) is the first and only drug in the US to treat paroxysmal nocturnal hemoglobinuria. It is produced by Alexion Pharmaceuticals. The course cost is $409.500 per year. In 2009, the turnover of Soliris was equal to $295 000 000. First of all, Soliris was produced for rheumatoid arthritis but turned out to be ineffective. Here, Alexion Pharmaceuticals wins the game producing one and the only possible drug with such a great turnover.

Elaprase (idursulfase) is used for the deficiency of one of the lysosomal enzymes. Genetically, this lack results in Hunter syndrome (type II mucopolysaccharidosis). Before the creation of Elaprase, this syndrome was treated with the help of means for palliative therapy. It is produced by Shire Human Genetic Therapies, Inc.

Naglazyme (galsulfase) is the first and only drug for the treatment of Maroteaux-Lamy syndrome (mucopolysaccharidosis type VI). Naglazyme replaces the missing enzyme in this disease. Patients receiving the therapy were able to climb more steps of the stairs and walk further distances than before. This variety of lysosomal storage disorder is currently diagnosed in approximately 1,100 people worldwide. This drug is produced by BioMarin Pharmaceuticals. 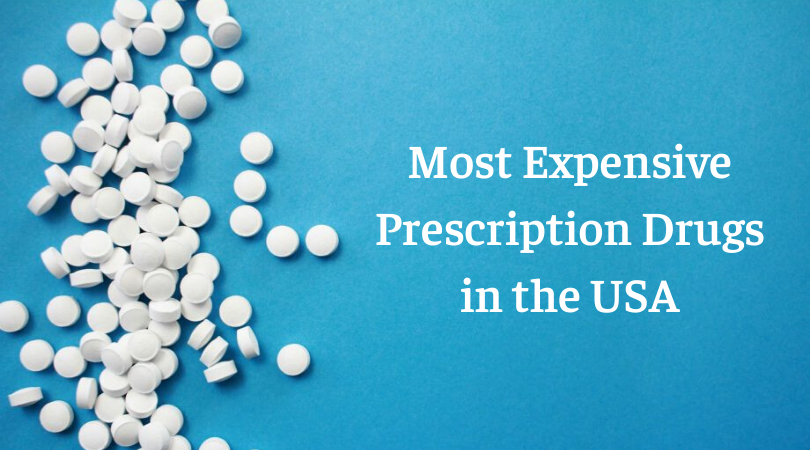 Cinryze belongs to a C1-esterase inhibitor. This drug is prescribed for edema prevention in patients with hereditary angioedema. This disease develops due to a gene defect gene that controls the enzyme C1-esterase expression. This expression regulates vascular permeability. Patients suddenly develop severe swelling of the face, limbs, internal organs. Cinryze for prophylaxis is administered intravenously at home. It is produced byViroPharma Incorporated. This pharmaceutical company predicts an increase in sales of this drug from $95 000 000 in 2009 to $350 000 000 per year over the next few years.

Myozyme belongs to an alglucosidase alfa group. It is produced by Genzyme Corporation. It is indicated for the treatment of Pompe disease (alpha-glucosidase deficiency). Without replacement therapy, children with an early disease onset died during the first year of life due to circulatory failure or respiratory tract infections. According to the outcomes of clinical trials, Myozyme increased the survival period without mechanical ventilation in such patients. Treatment of a child with this drug costs about $100 000 per year, adult – about $300 000 per year, as well.

Arcalyst (Rilonacept, Regeneron) is prescribed for the treatment of cryopyrin-associated periodic syndrome. This syndrome manifests itself by such symptoms as rash, fever, joint pain, redness of the eyes. It happens due to the release of interleukin-1 known as inflammation mediator. The therapy with the drug will cost $250 000 annually.

Fabrazyme (agalsidase beta) is intended for the treatment of Fabry disease. The drug reduces the severity of fat deposits in the endothelium of the capillaries of the kidneys and other organs. It happens due to a deficiency of the alpha-galactosidase enzyme. It is produced by Genzyme Corporation. The therapy will cost $250 000 per year.

Aldurazyme (laronidase) is prescribed for enzyme replacement therapy for type I mucopolysaccharidosis (Hurler syndrome). It is a severe, progressive, often life-threatening disease. This preparation is produced by Genzyme Corporation. Its cost is $250 000 annually.

Cerezyme (imiglucerase) produced by Genzyme Corporation is indicated for the treatment of Gaucher disease – glucocerebrosidase deficiency, in which the body does not cope with the metabolism of fats, and they form accumulations in the tissues. The manifestations of the disease and their severity can be very different. The treatment of the patient with this drug costs $200 000. The turnover of this drug in 2009 amounted to 1 billion dollars. It was expected that with the development and release of the genetically engineered Cerezyme, the earlier preparation of this company Ceredase (alglucerase, obtained from the human placenta) will cost less than the previous $150 000 per year. However, these expectations are not justified.

Now, Shire, a pharmaceutical company, is awaiting marketing permission for its new drug and promises that it will cost 15% less than Cerezyme. Pfizer and Protalix, an Israeli biotechnology company, are now testing their Gaucher disease drug, which, when manufactured using the ProCellEx system based on plant cells (carrots), promises to be even cheaper. Novartis is also making some efforts to create a drug to treat this accumulation disease. Competition between companies is the only real opportunity for decreasing the price for the treatment of rare diseases.